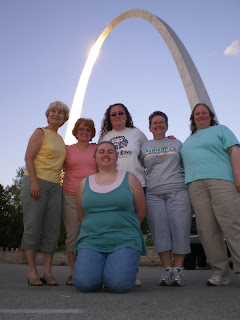 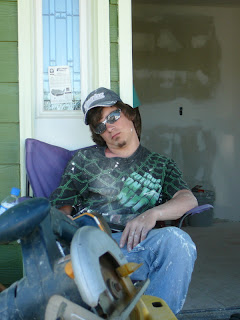 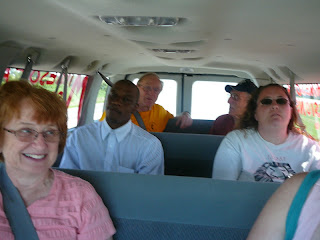 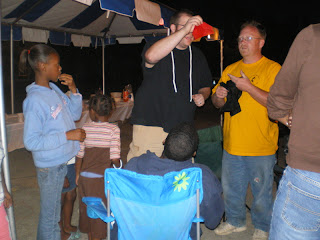 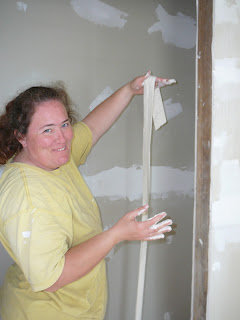 We got up earlyish in St. Louis yesterday and left around 7:30am.
After an uneventful ride (“Go north here, no, left, no – go the other
way! Who designed Iowa, anyway?”) We arrived at Salem UMC just after
6:00pm. We stopped a few times for gas and and we did our final
devotions just outside of Mason City, IA. It was a good bonding time.

When we got into the church, there were people there to help us clean
out the van and we sorted eveything out from the trailer (“Who’s is
this? Doesn’t this belong to the church in Gulfport? I can’t believe
you fit THAT in there! What IS this?”)

Now that it’s over, I can tell one more story that I was sworn to
secrecy on when it happened.

I think it was Tuesday night and Bob and Howard took Bruce and Jim
back to their hotel for the night. (side note: The hotel was not
paid for out of group funds- more on where the money went later)
They stopped at Home Depot to pick up some things we would need in the
morning. Bruce was pushing a cart and they set a bucket of drywall
mud on it. Bruce suggested to Jim that he have a seat on the bucket.
Jim took a seat and let Bruce push him around Home Depot. At one
point, Jim said, “Faster, Daddy! Faster!” Well, when they got
outside, he said it again, and Bruce gave the cart a little extra
speed. The cart made a crazy unexpected hard turn and Jim fell off
the bucket and the cart. (It’s all fun and games till someone breaks
a leg, right?)- The next day, he walked to breakfast, was sore, and
decided to sit out that day at the hotel. The next day he came to the
worksite for a half day and then went back to the hotel. Jim
remained in great humor the entire time. He laughed and joked and
continued to show immense joy. When he got back to Minnesota, he went
to the Doctor on Saturday and found that indeed, he had a break in his
leg. – He is wearing a brace for a few weeks. He continues to laugh
about the whole thing. Amazing.

It was a good trip.

How many Rocky movies were there?

I’ll do some summing up after the show and tell dinner.

Prayer requests:
FAST healing for Jim’s leg and ankle
Recouperating for all the team
For the next team that will work on Ms. Washington’s house
For the ministry of St. James Baptist Church and Disaster Recovery Ministry

The pictures:
The women at the Arch in St. Louis
Harold has been worked to death
On the Road AGAIN!
Troll at the Float party
Teresa hard at work and with a smile!

On the way home A New Orleans Report
Scroll to top