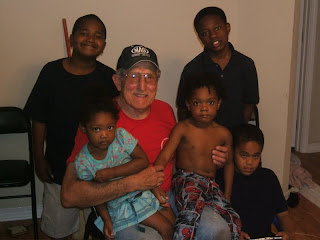 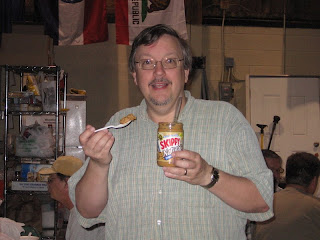 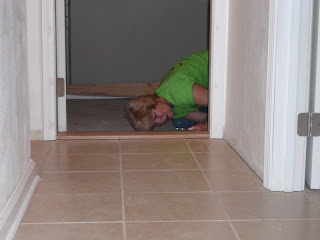 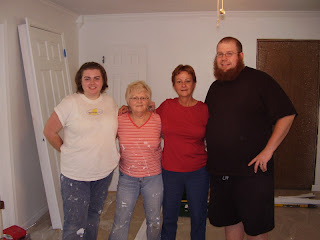 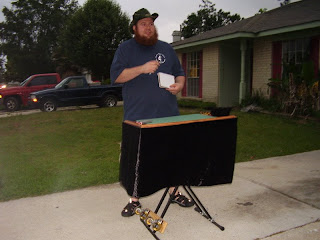 The last day of work went well.  Sounds like Bob's group went to three of four different sites.  Bob bonded with some kids at one of his sites.  See the pictures.  Howard and his team took their homeowner, Rosemary, to lunch.  It was a great experience for everyone.  Gary's group, (minus Gary) got the rest of the porch painted.  Rod worked on the plumbing (new toilet, hook up the sink in the vanity).  Mostly, he sat on the floor in the bathroom trying to figure out the complexities of plumbing. Erin's team got a lot of projects done at Carol's house.  Someone described it as going from a construction site to a remodeling site.

We did our rootbeer float party tonight.  It was not well attended, but it was rainy.  (again?!)  I think this is a tradition that needs to get reevaluated.  Troll tried to do some magic tricks, but the wind made it impossible.
We are all pretty tired and getting ready for leaving in the morning.  Troll is going to take Darlene to the airport in the morning.  We are going to try to get on the road by 8:00am.  There is a lot to get ready.  We have to unload the trailer and repack it.  We have to take some things back to the UMCOR field office.  We have to pack and have breakfast and devotions and and and.  I should probably go to bed.
https://bethetool.org/wp-content/uploads/2019/05/be-the-tool-logo.png 0 0 Rod Scofield https://bethetool.org/wp-content/uploads/2019/05/be-the-tool-logo.png Rod Scofield2008-05-03 05:07:002008-05-03 05:07:00NOLA 1 Day 7
0 replies